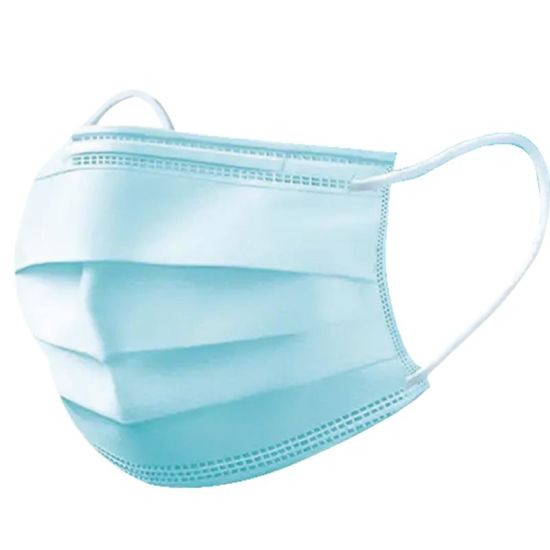 by Melodie Labuschaigne and Ciara Staunton

South Africa is a key member of China’s Belt & Road Initiative as well as being a member of the BRICS grouping and a member of the Beijing supported Asian Infrastructure Investment Bank. In this article we look at the situation on the gtound concerning Covid-19 in the country.

COVID-19 has shown its potential devastating impact elsewhere, but it is a particular cause for concern in South Africa. First, while public health strategies such as social distancing and regular hand washing are encouraged, such strategies are a privilege many cannot afford in the crowded informal settlements that accounted for 13% of all households, many of which may not have access to running water.  Second, the high rate of TB and HIV among the population, in addition to the number of those not on treatment for HIV, have led to concerns that this could impact the severity of COVID-19 in South Africa and make its population more susceptible to the virus. Third, while health systems in high income countries (HICs) are being stretched, most South Africans rely on the public health care system that is under-resourced and will struggle to meet the demand of the epidemic. While the virus does not discriminate on the basis of race, sex or borders, it is likely that it will disproportionately affect the poor and those suffering from other co-morbidities. Although the number of cases as of 15 March 2020 in South Africa remained relatively low in comparison to the rest of the world (61 confirmed cases; 0 deaths) President Cyril Ramaphosa stated that ‘urgent and drastic’ measures were necessary to limit the spread of the virus and address this emergency. As such, a State of Disaster was declared by the President on 15 March thereby giving Dr Nkosazana Dlamini Zuma, the Minister of Cooperative Governance and Traditional Affairs power to limit certain rights and freedoms within South Africa.

Under this Act, a series of regulations restricting, among other things, the movement of persons, goods and the dissemination of information, were promulgated. These regulations include prohibiting foreign nationals from high risk countries (as defined by the WHO) from entering South Africa from 18 March 2020 and restricting gatherings to 100 individuals. A further series of restrictions, including a “lockdown” on the movement of its citizens from midnight on 26 March were announced on 23 March 2020.

In announcing these further restrictions, President Ramaphosa noted that COVID-19 is particularly dangerous for South Africa in light of high levels of poverty, malnutrition, HIV and TB. At the time of the announcements South Africa had the highest number of cases in Africa albeit a low number relative to countries worldwide. The restrictions introduced were at that time the most stringent in Africa, as South Africa was then the only country on the African continent to require all of its citizens to remain at home. The measures announced on 15 March and 26 March represent the most comprehensive limitation on the freedom of movement and assembly of all South Africans since apartheid. A failure to adhere to these measures may result in a fine and imprisonment of six months or more.

Freedom of Movement and Assembly
The initial restrictions on movement pertained to entry into South Africa and the limitation of gatherings. Initially gatherings of no more than 100 individuals were permitted, but as of midnight 26 March, all gatherings including congregating for prayer is prohibited, with the exception of funerals that are restricted to 50 people. Foreign nationals from high risk countries were prevented from entering South Africa from 18 March. As of midnight on 26 March, all but essential movement is prohibited. The leaving of a residence is only permitted to buy essential goods, seek medical attention, buy medical products, collect social grants, attend a funeral of no more than 50 people, or access public transport for essential services during specified times. Leaving a house for exercise or to walk a dog is not permitted. Movement between provinces and districts is prohibited. Cumulatively, these measures go further than any restrictions on movement under the apartheid government.

Any individual who is suspected of having COVID-19 or has been in contact with a person who has tested positive for COVID-19 cannot refuse to consent to be tested. If the test is confirmed positive, they cannot refuse to submit to treatment, isolation or quarantine.

Restrictions on Movement of Goods
As of midnight on 26 March, only essential goods may be sold. This includes any food and animal food products; cleaning and hygiene products; medical and hospital supplies; fuel, coal and gas, and basic goods, including airtime and electricity. The selling of alcohol and cigarettes are expressly prohibited. Price controls on certain goods have also been introduced, including toilet paper, hand sanitiser and some food products. Failure to comply can result in a fine, imprisonment of up to 6 months, or both.

Censorship
The South African Constitution guarantees freedom of expression and this includes “freedom of the press and other media” and “freedom to receive or impart information or ideas”, which are derogable rights. The COVID-19 regulations criminalise the intentional misrepresentation or publishing of a statement that a person or persons has/have COVID-19. The regulations also criminalise the publishing of a statement (including via social media) that intends to deceive another person about any measure taken by the government to address COVID-19. The focus is on disinformation and is aimed at preventing the spread of false cures  that have been seen in the context of HIV.  The risk of censorship that does not observe standards of necessity and proportionality in this time is that it may have the opposite effect and limit access to valuable and reliable information for public health. There is evidence within South Africa that this has already occurred as the Ministry of Health has stated that the dissemination of information is centralised to government, information requests by the press should be directed to the NICD and has it instructed other experts in South Africa not to talk to the press. Considering the NICD is currently overwhelmed, this has led to concerns that access to information has already been limited.

Enforcement of Regulations
Under the 2002 Act, financial, human and other resources may be released and during his 23 March address, President Ramaphosa announced that he had directed the South African National Defence Force (SANDF) to be deployed to support the South African Police Service (SAPS). The SANDF are now patrolling the streets enforcing the lockdown. Already there have been allegations of the use of rubber bullets and other abuse. While these regulations apply to the COVID-19 crisis only, it is unclear when this epidemic will be deemed to have passed, and whether they may be used as a template for other public health emergencies which include the current TB and HIV epidemics. While such restrictions, particularly restrictions on movement, are harsh and can be followed in other HICs, it remains to be seen whether these restrictions will ultimately be a near impossible balance between restricting the spread of COVID-19, and depriving many in South Africa of their access to food, water and basic hygiene.

While every place has problems because of the coronavirus crisis, countries like South Africa don’t have the capacity or resources to rebound on their own, unlike the United States, Britain and even China. They will need debt relief, budget supplements, and a commitment to get back to business as usual as soon as possible. South African companies that have built markets on the back of an integrated global trade network need to be aware of, and ready to act on, the vulnerabilities that their trade dependence creates. Recommended actions include: create a view of critical products and suppliers; have contingency plans in place; consider the financial and legal implications; communicate; and conduct scenario analysis.

Further reading of the Covid-19 impact on South Africa and Africa in general can be seen here:

The situation in South Africa remains fluid and could become socially volatile in some regions. It will be interesting to note how far China is prepared to assist countries such as South Africa that have been supportive of Chinese access into African and global markets, and what the much-touted “win-win” scenario means when economies are faltering and domestic health concerns become paramount. To what extent will Beijing extend the branch of assistance overseas remains as yet an unanswered question during these difficult times.

This article previously appeared on Verfassungsblog.